A common problem for machine learning models is overfitting, we describe several techniques to mitigate this issue.

To mitigate overfitting, we can apply a number of techniques such as the following:

Overfitting occurs when our model is tuned so closely to our training (i.e., in-sample) dataset, that it is practically useless for forecasting and has poor performance for the test (i.e., out-of-sample) dataset.

Fig 1 cycles through 7 images. Which image would be the most appropriate model fit for the data? The 1st image is a single line through the data and broadly gives us the direction of the data. The 7th image fits through every point in the dataset, and this would lead to overfitting as it would lead us to believe that the next point in the dataset would be a data point that would ascending sharply. Perhaps the best model would be the 2nd or 3rd image. We let an optimally tuned model tell us what is the best. 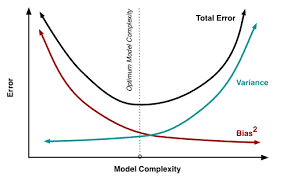 As model complexity increases (e.g, in linear regression this is the number of predictors), the model estimates' variance also increases, but the bias decreases (see Fig 2). An unbiased OLS with many predictors would place us on the right side of the Fig 1 which is a sub-optimal solution since the total error and variance is high. We use regularization as a technique to introduce some bias to lower the variance and shift our model towards the left towards optimal model complexity. Regularization is almost always beneficial for the predictive performance of the model and its benefits are intuitively exemplified in Fig 3. 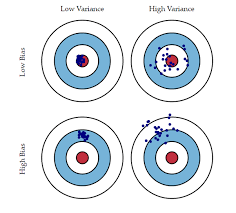 There are three popular regularization techniques, each of them aiming at decreasing the size of the coefficients:

The regularization parameter is also known as the lambda parameter (\(\lambda\)) and penalizes all parameters except the intercept so that the model generalizes the data and minimizes overfitting. Having (\(\lambda\)) adds an additional penalty parameter to the cost function that can be tuned via cross-validation.

Lasso stands for Least Absolute Shrinkage and Selection Operator. It adds the 'absolute value of magnitude' of the coefficient to penalize the loss function.

For high values of \(\lambda_{1}\), many coefficients are exactly zeroed under lasso, which is never the case in ridge regression.

Ridge regression adds 'squared magnitude' of the coefficient as a penalty term to the loss function.

Elastic Net emerged due to the weaknesses of lasso (i.e., variable selection is too dependent on data, unstable model parameterization). Thus, a solution is to combine the penalties of ridge regression and lasso to get the best of both worlds. Elastic Net aims at minimizing the following loss function:

Elastic Net is a compromise between both L1 and L2 regularization that attempts to shrink and do a sparse selection simultaneously. In most statistical learning and machine learning packages, Elastic Net is implemented as follows: